An open-source project that automates the deployment of software applications inside containers by providing an additional layer of abstraction and automation of OS-level virtualization on Linux.

In simple, Docker is a tool that allows developers, sys-admins etc. to deploy applications in a sandbox (which in docker world we call it containers) to run over the host operating system.

A layman Definition, Docker platform which packages a service into a unit(image) say standardized unit, and everything is included in that unit to make that service run. 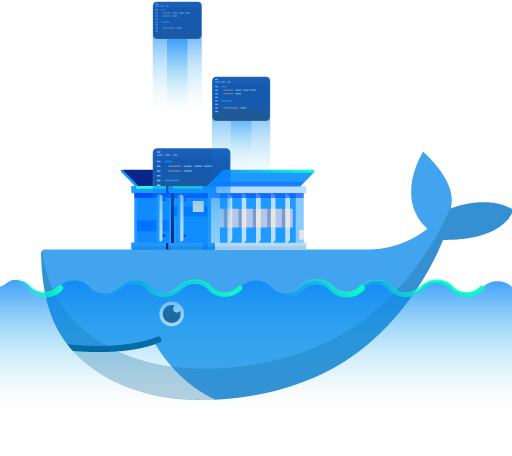 Before learning more about Docker, lets talk about little bit about container, image and Dockerfile :

There are various ways to install Docker like two mentioned below. 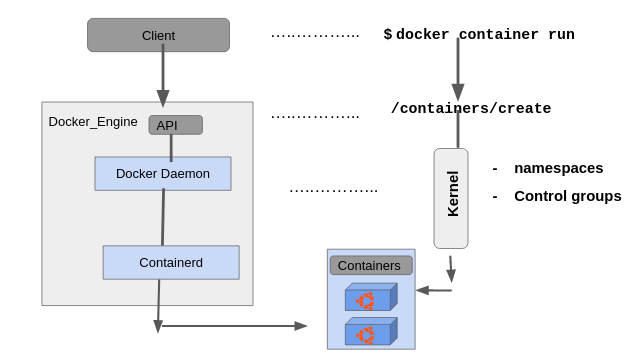 Docker Registry is a hub where you can download/pull images public, private, official and images by people like us.

We keep hearing about DevOps these days and people have this misunderstanding of Docker to be DevOps. So I thought why not to explain the Docker commands in terms of Dev and Ops. It might help you understand difference between what is DevOps and Docker.

So I'll be dividing the commands into two categories Dev and Ops. Starting with Ops work

Ops : In this we will do operations like, downloading an image(say pull it from registry), starting a new container, log in to the new container, running commands inside of it and destroying the containers.

I have fresh installation of Docker over my Ubuntu EC2 instance. So,lets see some Demo of what we learnt about Docker Architecture in theory.

To start, you may use Docker help mannual by typing

Now to see both Client and Host available in our system type: 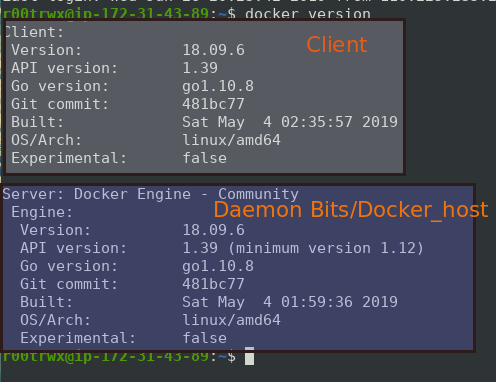 Another command to get more information about Docker is 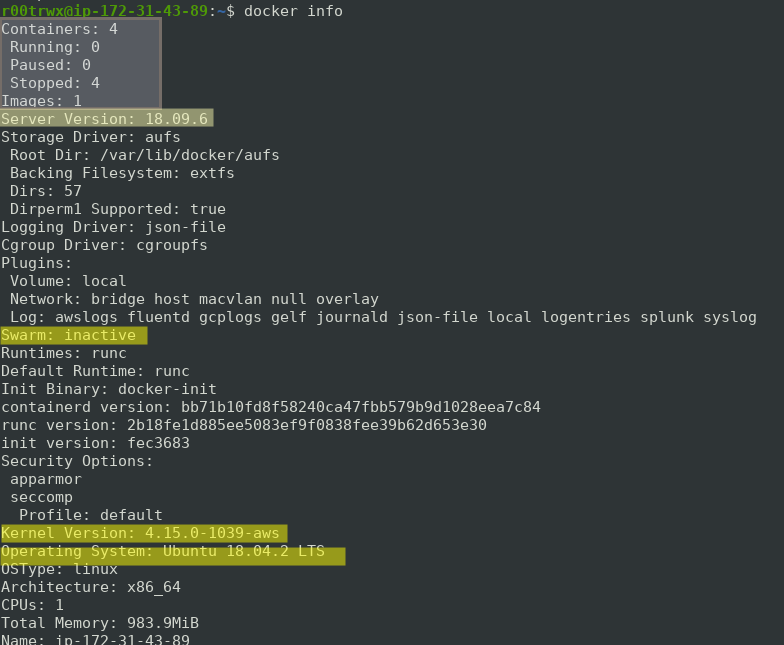 In above output, see at the top, its also shows about how many images are there, number of containers and other information like running, paused, stopped.

Another way to see number of images is use Docker images commands.

But you must know which image you want to run. In my case, we will be running ubuntu image as I have mentioned in our Architecture above.

here, you will see that we don't have any images in our Docker_host, Now suppose we want to run ubuntu image with command but there is no images in the Docker local Repository.

So if you remember the slides, 2nd slide did not have any ubuntu image. So this time it will fetch it from Docker_Hub registry.

First it will pull the image from the registry and then save it to Docker_host/local repo.

There are various ways to do that. Run the images directly, it will pull it and will then run it or you may first pull it and run it later on.

-it : -i is used for bash interactive mode and -t tells it to attach our current terminal to the shell of the container.

Now in above image, see that first of all docker client is not able to find ubuntu image in local image repository, then it first pulls the images from Docker_hub library as explained in above architecture, and at the end gives us a interactive bash shell.

if you notice, the shell has changed to root. Now we are inside our ubuntu docker instance.

Now if you want to your container to be in running state in backend and you want to get out of the docker ubuntu shell.

Press cltr PQ, It will take you out of the docker instance.

Now to get back to docker instance

Now lets exit from the container and learn how to stop, rm and delete the image.

Now we are developers, so the task of developer is to develop app, put it to version control and containerize it using Docker, looking into Dockerfile etc.

So lets assume that we have our application already built. So its time use git .

so we have clone our app code. Navigate to the docker_blog_NULL_OWASP directory

and do ls -l to see the cloned files.

it has a Docker file here, lets see its content 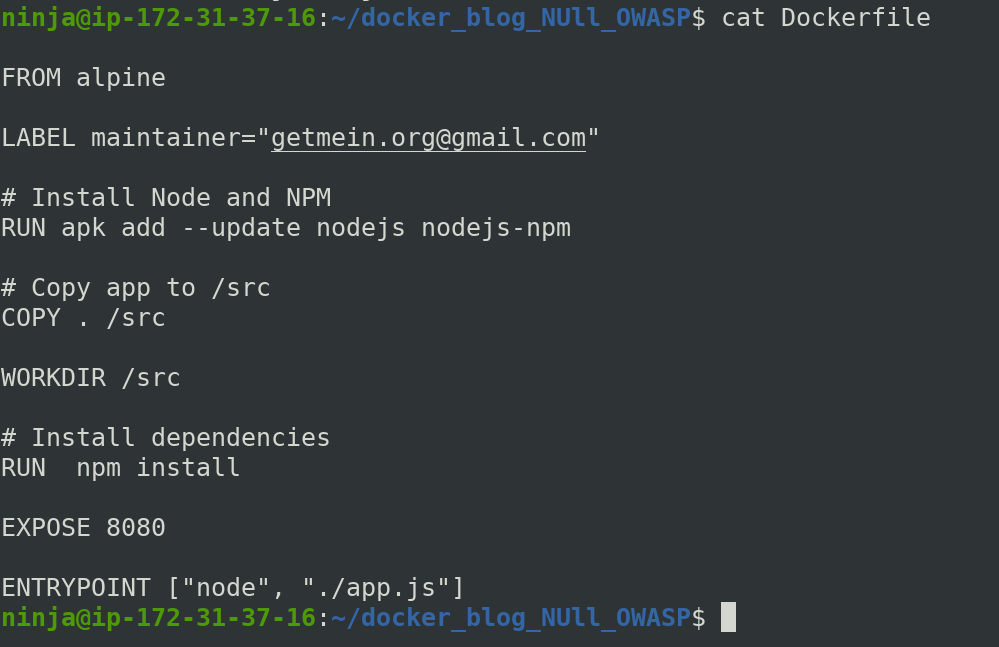 So remember, as I mentioned that Docker file is a blueprint for creating Docker images. Here is your blue print. It containes commadns like what softwares to install

even also we can mention all dependencies we need to install 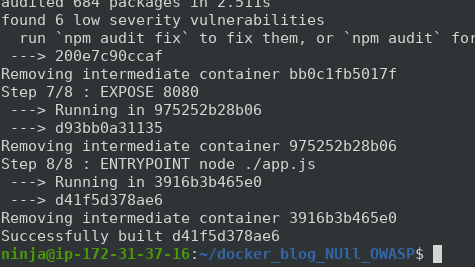 once your images is successfully built, Now lets check it inside our local repository

Yeahhh, it is there. Lets run it

-d : detached mode means running container in background
--rm : It is used to remove the container when the base system restart or shutdown
--name : Gives name to our container, follow above image for more clarification
-p : To define ports

Above image is an example how the ports defined above are working. 8080 Port is the exposed port by the container and 6000 is the port which we bind to 8080 to access the application.

If your are on your local machine, then access it using